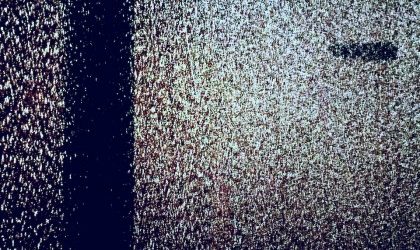 Langham Research Centre work with obsolete equipment including tape recorders, gramophone cartridges and sine wave oscillators, to perform some brand new group compositions, as well as works from their recent album release ‘Tape Works Vol.1’. They also use these resources to compose new music, which is the focus of this event, featuring new works using live electronic means, interspersed with some of their earlier tape pieces.

Thurston Moore is an American musician best known as a singer, songwriter and guitarist of Sonic Youth. He has also participated in many solo and group collaborations outside Sonic Youth, as well as running the Ecstatic Peace! record label. Moore was ranked 34th in Rolling Stone’s 2004 edition of the “100 Greatest Guitarists of All Time.” In 2012, he started a new band Chelsea Light Moving, with their first track, “Burroughs”, released as a free download. Chelsea Light Moving’s eponymous debut was released on March 5, 2013.