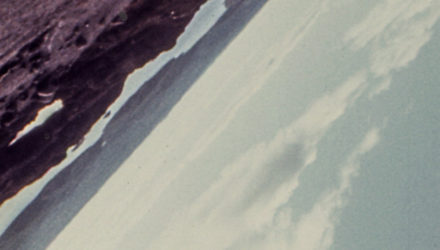 To end LCMF 2018, two transcendental visions of the North American landscape in sound and film.

In a rare visit from the US, we welcome the New Zealand composer Annea Lockwood, whose pioneering work in sound art, text scores, concert music and electroacoustic composition span five decades. Lockwood will present the UK premiere of her hour-long Sound Map of the Hudson River (1989). In the work, we follow the run of the river as it winds its way from mountain source to sea mouth. Lockwood will spatialise this classic in its original form, as an installation, with six interviews available to listen to simultaneously and a map. It will run continuously from 4pm to 7pm.

Following this we present a rare screening of La Région centrale (1971), Michael Snow’s vast deconstruction of the Canadian terrain, often considered one of the greatest films ever made. Devising a robotic arm that could, via remote control, swing and pan in any direction and at any speed, Snow filmed this desolate plateau for 24 hours, allowing the camera to track the landscape, horizon and sky, as if it were surveilling an alien planet. The result is a three-hour masterpiece of structural cinema that achieves true transcendence.