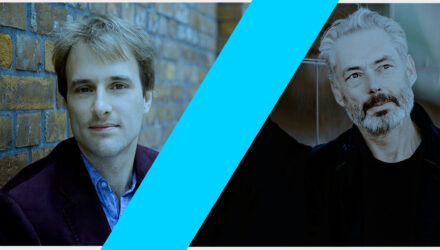 Lessons From The Past

The London Sinfonietta once again joins forces with acclaimed tenor Mark Padmore and British composer Luke Bedford for the world premiere of In the Voices of the Living. Taking Greenblatt’s words as his inspiration, the work brings voices from the literary past into the present, drawing on settings of Petrarch, Joyce, Leopoldi and Shakespeare whose words written many years ago still have relevance for the issues of today.

Following the success of Padmore’s collaboration with London Sinfonietta in the 2017 commission of Tansy Davies’ opera, Cave, the tenor returns to the ensemble to bring to life Bedford’s songs in this extended programme. Alongside, he performs Peter Warlock’s bleakly desolate song cycle The Curlew which sets the words of WB Yeats interspersed with birdsong, and another literary set in the form of Charlotte Bray’s Thomas Hardy-inspired Midnight Interludes.

Tom Service described Luke Bedford’s 2006 London Sinfonietta commission Or Voit Tout En Aventure as “one of the most outstanding pieces by any composer I’ve ever experienced”.

This concert will last approximately one hour without an interval.

Social distancing will exist between seats sold in the auditorium.