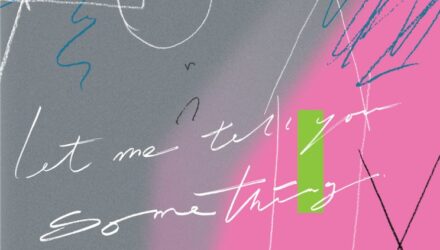 Let Me Tell You Something // Angela Wai Nok Hui

Let Me Tell You Something // Angela Wai Nok Hui

“It started with questioning myself, my own identity…
Chinese & British before 1997. Hong Kongese & British after 1997…”

Let Me Tell You Something is Angela Wai Nok Hui’s debut album, a musical journal documenting her feelings and thoughts on identity, resistance and memory; of growing up in Hong Kong before moving to the UK as a teenager. Intimacy and chaos collide with percussion, toy instruments and daily objects are used to create personal new music performances and soundscapes.

Let Me Tell You Something is a whisper in listeners’ ears and an invitation into a strange yet beautiful world, featuring newly commissioned works from Angus Lee, Jasmin Kent Rodgman, Gregory Emfietzis, Timothy Cape, Lucy Landymore and videographer Ilme Vysniauskaite; close friends and collaborators who joined Hui at different parts of her journey.

At the album launch, audience members will have the chance to purchase limited editions of Let Me Tell You Something on cassette, including a free digital download of the album/visual artwork and other merchandise, designed by Yau Kwok Keung.

ANGELA WAI NOK HUI
Angela Wai Nok Hui is a percussionist and multidisciplinary artist based in London and Hong Kong. She is dedicated to new music, and has collaborated with many exciting composers, musical artists and ensembles such as the LSO, Metapraxis Ensemble, Abstruckt Percussion Quartet, Tangram Collective, Octandre Ensemble, Explore Ensemble, Riot Ensemble, Plus Minus Ensemble and more.

Angela’s performances explore and expand the boundaries of music, performance and sound art.

Passionate about the creative process and experimenting with different artforms, she is determined to continue forging her own narrative and platform in order to support her own wild imagination. She is always in search of new media with which she can represent herself more fully.

Over recent years, she has started to create her own work which often engages with political references and themes of identity from both places she calls home, embedded within the strange and beautiful sound worlds Hui creates to surround us all.