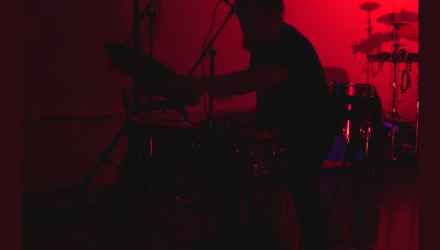 The Blank Canvas Octet is a project exploring free improvisation in music in a large ensemble context. It uses the ‘system 50:50` – where chess clocks are used to bring cohesion to the sound field which can often become cluttered. The result is a dynamic and shifting canvas of sound that allows small discreet sounds to be heard and deeper layers to be felt and expressed. An exciting project to participate in, to witness and to hear.

“Definitely something with LOADS of possibilities – the reaction in the car driving back was unbelievably positive – no one could remember playing in a large ensemble that was so `open”. The openness allowed me to play quietly, which meant the dynamics were incredible for an improvising large ensemble.” – Charlie Collins, improviser, Sheffield.

Another point of listening comes from Simon Ross, Macclesfield:

“System 50/50 works well – it’s a really good way to get a group to play effectively without egos, virtuosity, and shyness getting in the way. It is democratic, inclusive. coherent, leaderless, focused, there is room to think and time to listen, choices. It is less competitive and more cooperative. Ends well.“