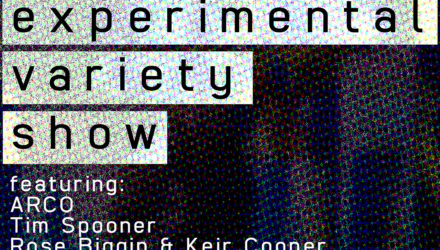 The story:
This project is all about seizing an unprecedented opportunity, where a small London-based theatre company is suddenly offered a large theatre in central London. After being offered the space as a result of a cancelled show, a mere 6 weeks before the performance date, Waste Paper Opera to open up the stage to adventurous creators, producing some of the most interest experimental work in town, to collaborate. From emerging artists graduating from art school, to writers for [Adult Swim] and BBC Proms performers. Time is of the essence with a six week turn around from idea to stage. This show is as much an experiment for it’s producers as it is for it’s performers.