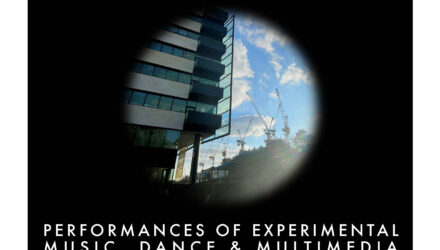 The Letters of Last Resort

This event features a new performance collaboration from Serafine 1369 and Fernanda Muñoz-Newsome, an audio-visual performance from composer Jamie Hamilton, Wizard Piece by dance artists Eleanor Sikorski and Lewys Holt, and video works from artist Thomas Eisl. The night also features the debut of Letters of Last Resort based on the Trident Submarine programme from SNAPPED ANKLES’s Paddy Austin and Maxim Barron, in collaboration with Daisy Dickinson and Martina Spetlova.

Topophobia means ‘fear of performing / fear of certain spaces’. It was founded in 2012 as a way to explore some of the last underground spaces from London’s rapidly disappearing warehouse scene. Its audience is as diverse and varied as the work it produces – the events are a meeting point in which the myriad scenes and peoples of London mix.