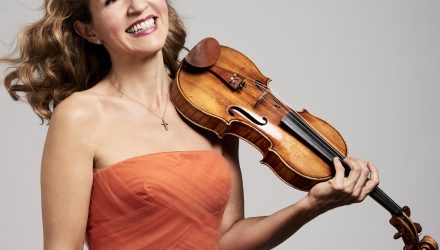 The astonishing music of Poland’s greatest living composer Krzysztof Penderecki has been transporting and terrifying audiences for decades, and receiving acclaim far beyond the concert hall through its inclusion on the soundtracks of iconic works by Stanley Kubrick, David Lynch and Martin Scorsese. That the LPO will be performing Penderecki’s momentous and impassioned violin concerto Metamorphosen with the incomparable Anne-Sophie Mutter, for whom the concerto was written, is genuinely exciting. Completing the programme is Panufnik’s Heroic Overture, and Prokofiev’s mighty Fifth Symphony, which premiered in Moscow in 1945 to the sound of gunfire.