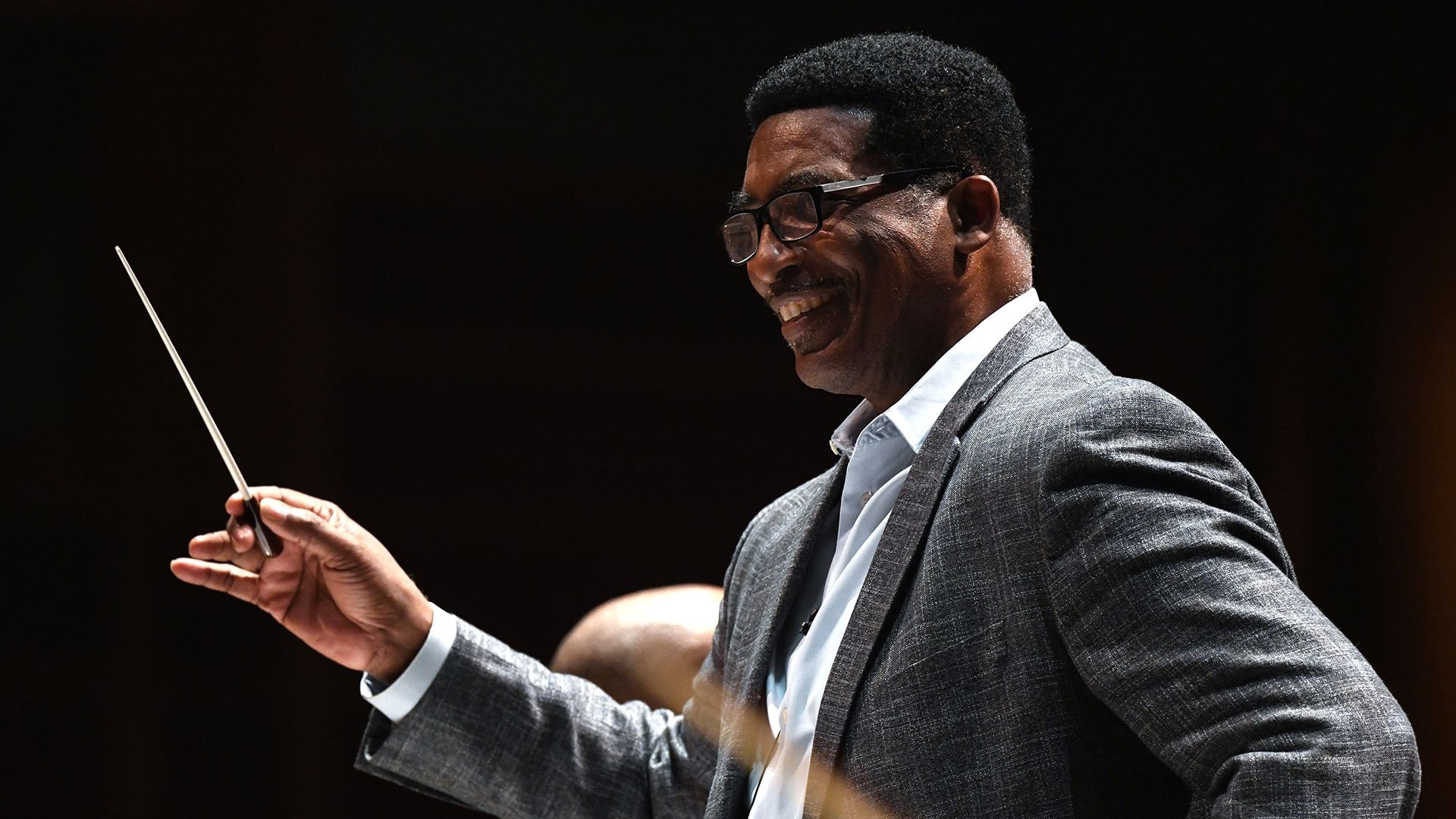 LSO Associate Artist André J Thomas delivers an all-American programme of music never-before-heard in the UK, including Wynton Marsalis’ dramatic new Tuba Concerto and two rising-star composers in the US.

A narrator and an orchestra lead a meditation – based on the words of James Baldwin, one of the most influential social critics of the last century – asking us to see the world as it is, and to imagine how it could be. The lowest instrument of the orchestra becomes a star in its own concerto, performed by LSO Principal Tuba Ben Thomson. And one woman is at the centre of a musical story of injustice, courage and strength, tracing the experience of Black people in the US across the centuries.

André J Thomas is one of the most inspiring forces in modern American music, and he has handpicked some of the biggest and most vital names in the US right now, from jazz icon Wynton Marsalis to young composers who use music to respond powerfully to conversations on race and justice.