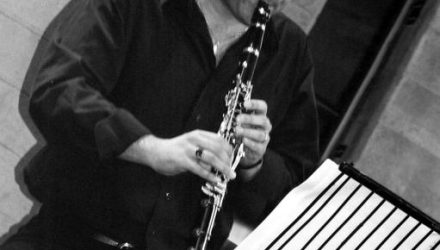 Italian clarinettist and composer Luca Luciano is back to the National Portrait Gallery of London to present his new collaboration with the Brazilian guitar virtuoso Jose Henrique de Campos.

The event will feature the World Premiere of a new composition by the French composer Marc Kowalczyk purposely written for the occasion and it is also part of the UK leg of a tour that will see them performing in London and Oxford before dates in Portugal, Italy, South America culminating with a concert at Cambridge University later in the year.

This project marks a new collaboration between the musicians and scholars Jose Henrique de Campos and Luca Luciano, presenting new material for clarinet and guitar along with ad-hoc arrangements of music by Villa-Lobos, Nazareth and compositions for solo instruments by Berio, Poulenc. Thanks to a programme that explores different styles and idioms, uses contemporary techniques, material that is notated or “composed in real-time”, the duo presents a cultural interchange between Brazil and Europe that started back in 2013 with concerts and tours around the two continents”