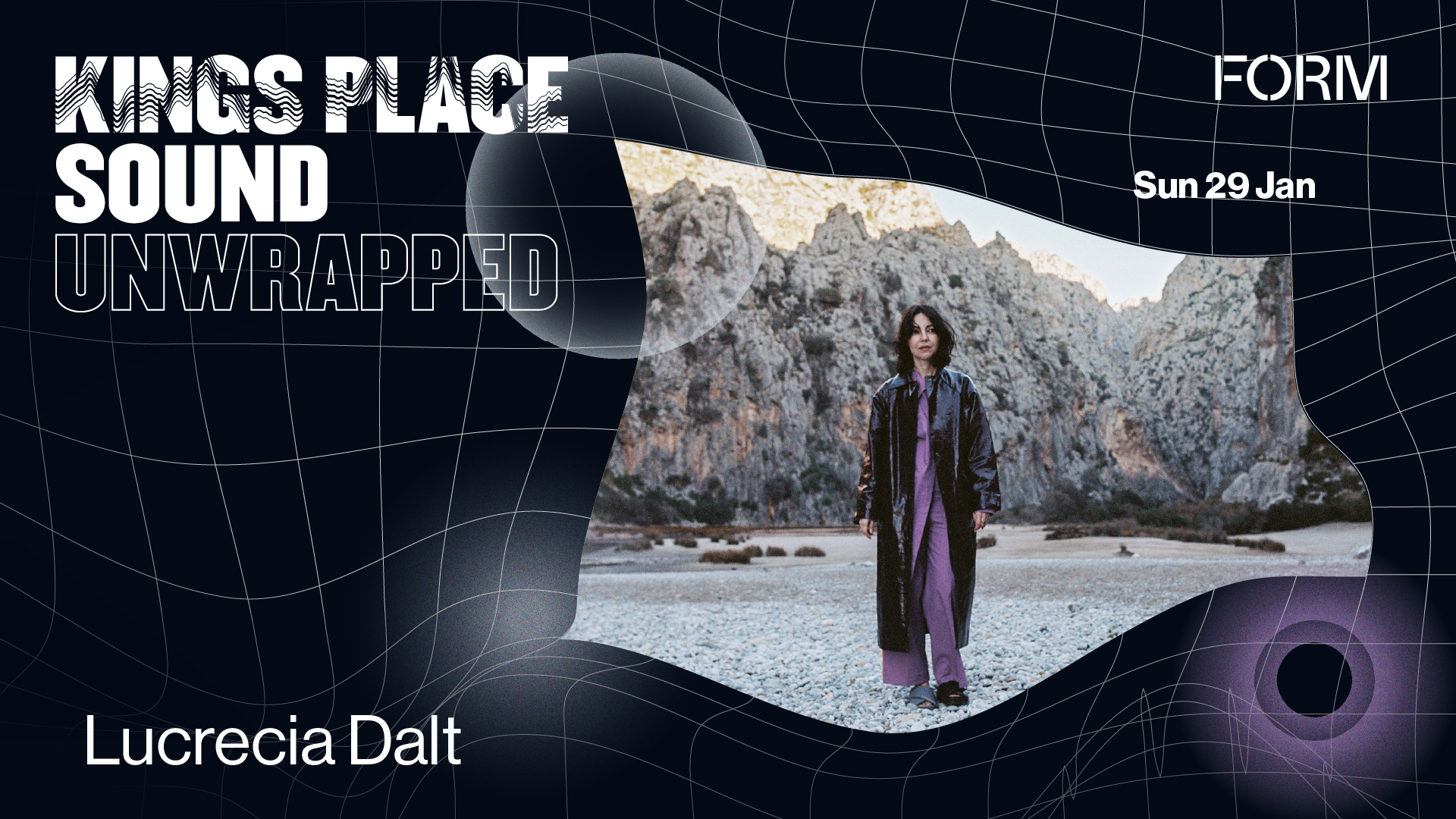 Critically-acclaimed Colombian vocalist and producer Lucrecia Dalt presents a new duo show centred around her upcoming album ¡Ay!, which will arrive in October via RVNG Intl. On this record Dalt channels innate sensory echoes of growing up in Colombia, where traditional instrumentation encounters Afro-Latin syncopations and sci-fi meditations that bend time and topography.

Tracing a timeline of Lucrecia Dalt’s sonic trajectory is an elusive endeavor. As a musician, sound artist, performer, and composer, Dalt has traversed a myriad of musical portals, relaying innate sensory impulses and excavated references into luminous constellations. Shimmering with modulation and the incandescent tones of her voice, Dalt’s compositions summon magnetic atmospheres in her distinctive, and ever-expanding, universe of sound.

Following the acclaimed releases of Anticlines (2018) and No era sólida (2020) as part of the RVNG Intl. family, Dalt returns in 2022 with her eighth solo album ¡Ay! – conjuring a new realm where her signature experimentation and treasured early influences meld together. Glimmers of her musical origins, also diffused through her previous records, are cast by spectres of growing up in Colombia, where a spectrum of tropical music genres formed a part of her surrounding environments.

In those formative years, Dalt inherited musical obsessions and intuition which pulled her toward local orbits of experimental sound, first leading her to collaborate with Medellín’s Series Media Collective who released her debut album Acerca in 2005. Dalt’s former career as a geotechnical engineer signaled an ability to dig deep into the multidimensional worlds of cinema, fiction, astrophysics and desire, manifesting in the conceptual contours of her early solo albums Commotus (2012) and Syzygy (2013) released with Berlin-based label Human Ear Music. Upon relocating to Berlin in 2014, Dalt’s surrealist tendencies were reconfigured in her fifth full-length Ou (2015) on German experimental label Care of Editions.

Beyond the scope of her solo music, Dalt’s embrace of cross-disciplinary collaboration has brought her sound work to a multitude of immersive and audiovisual projects. In her work for screen, Dalt composed the original scores for the films Catábasis (dir. Regina de Miguel) and The Seed (dir. Sam Walker) in 2021, as well as the score for the HBO series The Baby which was released by Invada Records and RVNG Intl. in 2022.