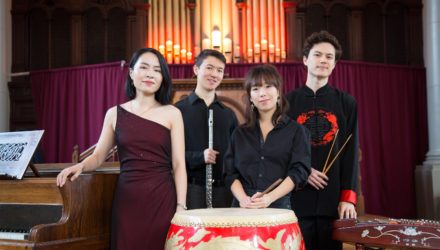 What better way to ring in the Lunar New Year than with new music?

This year’s Associate Ensemble at SOAS University of London, Tangram is the rising artist collective opening up spaces beyond the China-West dichotomy. Their performances remix ideas of what Chinese music and contemporary classical music can be.

Tangram’s last performance was described by David Gowland (Royal Opera House) as ‘sincere, unpretentious, inclusive, inspired and inspiring. It is one of the most enjoyable performances I’ve attended for quite a while… [The] juxtaposition of Chinese and Western idioms and cultures was simply brilliant in its delivery.’

Come celebrate Lunar New Year in a new way, and experience the truth that an organic synthesis of Chinese and Western cultural elements is not only possible, but can be beautiful.