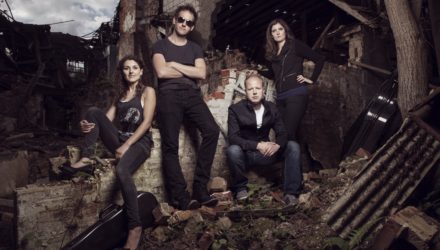 Bartók’s set of six quartets remain one of the 20th century’s indelible masterworks, and form the backbone of the composer’s output. In these visceral, high-voltage yet mysterious pieces Bartók broke new ground, compressing, expanding and transforming his musical ideas to build grand, arch-like structures.

In this three-part series, the Carducci Quartet interleave two quartets with a jewel-like miniature by Bartók’s living compatriot, György Kurtág.

This programme features the third and first quartets, both in a three-movement form, the first intricately contrapuntal and explosively rhythmic, Bartok’s ‘return to life’ following a failed love affair; the third intense, distiled. They share space with Kurtág’s exquisite ‘moments musicaux’, spell-binding echoes of a Schubertian form.