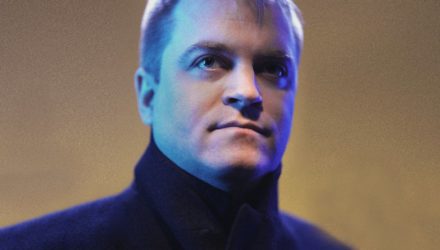 Signed to the legendary Mute Records, Chapman is a Mercury-nominated composer and producer who has toured extensively in the UK, Europe and North America. More recently he has thrown himself into production and studio work, but the expansive ambition of his 4th studio album with Mute, Colours. Reflect. Time. Loss., sees him return to the live arena to present us with an evening of his immersive, impressionistic songs. Colours. Reflect. Time. Loss. is a project 3 years in the making which involved working with a classical chamber ensemble, guest vocalists and percussionists from across the world, and this is a rare opportunity to experience Maps perform tracks from the new album live in concert.

Support Adam Coney is a composer/guitarist with a keen sense of production aesthetic and progressive sensibility who draws on contemporary classical, electronic, folk and jazz vernacular. Stylistically his work has been noted for its idiosyncratic take on pastoral and angular reflections. In addition to headlining performances at acclaimed venues such as Cafe OTO (London U.K) and international touring, Coney has supported artists such as Bill Orcutt & Daniel Lanois in live performance. He is also active in a number of other collaborative projects that reference free improvisation (Noon), post-rock (Morviscous), soundtrack (Fryer & Coney) and abstracted acoustic guitar (Colonel Acland & Lord Sydney). In 2014 Coney released ‘Th