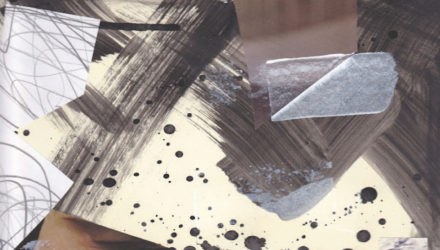 MRM (Minimal Resource Manipulation) Recordings is a DIY label that Matthew set up in 2006 to release his own compositions digitally and as handmade CDrs  and cassettes. He considers himself a non-musician:
‘I don’t approach my art from an academic standpoint, having had no formal training. Instead the terms arranger, collector or curator might better describe my practice in sonic and visual art. Using an old computer running cracked software and without a mixing desk or any outboard gear my sonic explorations use sounds from field recordings I’ve made as the building blocks of these constructions’.

Under various guises (Platform, Seven Hour Germ, Shaded Monocle,Fertile Structure) he has produced all but two of the thirty releases on the label. The music deals in abstraction and loops, shifting textures and timbres, sometimes with beats, sometimes without. His more recent work leans more toward the practice of sound art, with fewer ‘musical’ elements. These pieces are sonic collages that twist the source material into disorienting new structures and forms.

As a composer and sound artist, Douglas has been involved in various
audio genres since the late 1980s, performing at many institutions/venues in the UK (Bristol’s Arnolfini, London’s Science Museum, Cafe Oto, Tate Modern, The Roundhouse, ICA and Glasgow’s CCA), festivals worldwide (Mutek, Synch, Transmediale) and had installation work in numerous UK galleries (Inc. London, Swansea, Gloucestershire and Essex).