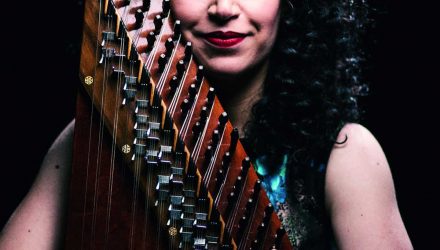 Virtuoso Syrian qanun player Maya Youssef has a unique and innovative approach to playing her instrument. Having expanded her audiences to international platforms, she combines her extraordinary musical gifts with a generosity of outlook, warmth, humour and optimismMaya has performed all over the world and was the winner of Arts Council England’s Exceptional Talent award in 2012 which enabled her to migrate to the UK. She has just released her debut album ‘Syrian Dreams’ to great acclaim and is a regular on the BBC having featured at the BBC Proms alongside Damon Albarn at The Royal Albert Hall amongst other prestigious venues and festivals. She joins us in Oxford at the beautiful Holywell Music Room.