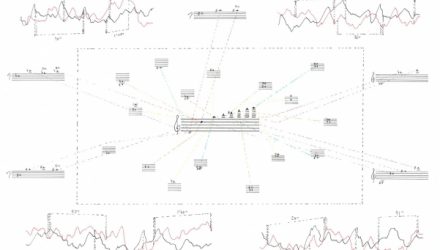 The trio will perform works by Lely and Evans-Weiler + Special guests performing Lely’s ‘Second Symphony’: Ed BennettKerry YongAmber PriestleyMark BowlerLaurence CraneJack SheenTom MuddPaul NewlandMorgan Evans-Weiler is a Boston based artist and educator whose work ranges from composition and sound installation to drawing, video and design. Exploring the realms of contingency and environment, Evans-Weiler’s works examine the process of change and the inherent creativity that exists as a precondition of our physical and temporal experience. He uses objects, psychoacoustic phenomena, stasis, stillness and our sense of place as compositional material to explore our environmental experience of space and time.Evans-Weiler maintains a busy performance schedule and has performed throughout the United States. He has collaborated and performed with Seth Cluett, Sarah Hennies, Mike Bullock, Dave Gross, Bhob Rainey, Dafne Vincent-Sandoval, Jed Speare and many others. He is director of the New England based ensemble ‘Ordinary Affects’ whom have performed works Jurg Frey, Magnus Granberg and premiered works by Antoine Beuger. His recent album ‘Violin/Sine’ was called ‘transfixing’ by writer Steve Smith and included in the Boston Globe’s list of ‘Best Local Classical Albums of 2015’.Mira Benjamin is a Canadian violinist, researcher and new-music instigator.She performs new and experimental music, with a special interest in microtonality & tuning practice. She actively commissions music from composers at all stages of their careers, and develops each new work through multiple performances. Current collaborations include new works by Anna Höstman, Scott McLaughlin, Amber Priestley, Taylor Brook and James Weeks.Since 2011, Mira has co-directed NU:NORD – a project-based music and performance network which instigates artistic exchanges and encourages community building between music creators from Canada, Norway & the UK. To date NU:NORD has engaged 79 artists and commissioned 62 new works. Through this initiative, Mira hopes to offer a foundation from which Canadian artists can reach out to artistic communities overseas, and provide a conduit through which UK & Norwegian artists can access Canada’s rich art culture.Originally from Vancouver, British Columbia, Mira lived for ten years in Montréal, where she was a member of Quatuor Bozzini. Since 2014 she has resided in London (UK), where she regularly performs with ensembles such as Apartment House, Decibel, and the London Contemporary Orchestra Soloists, and is currently the Duncan Druce Scholar in Music Performance at the University of Huddersfield. Mira is the recipient of the 2016 Virginia Parker Prize from the Canada Council for the Arts. The prize is awarded annually to a Canadian musician in recognition of their contribution to the artistic life in Canada and internationally.John Lely writes music and words, plays objects and electronics, and curates concerts. His work has been influenced by associations with Antoine Beuger, Alvin Lucier, Christian Wolff, Michael Parsons, Tom Johnson, Manfred Werder, Taylan Susam and Laurence Crane, among many others. Formative and ongoing collaborations include work with the musicians of Apartment House, the Bozzini Quartet and the Edges ensemble. He is co-author, with James Saunders, of Word Events: Perspectives on Verbal Notation (Continuum 2012), a book about text scores. Together with composers Tim Parkinson and Markus Trunk he curates Music We’d Like to Hear, a concert series described by TEMPO as ‘an oasis of thoughtful and idealistic music-making’.Doors 8pm – Show 8.30pm Tickets £7/5