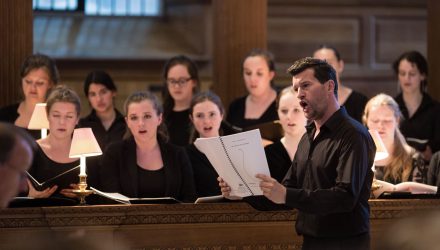 Adam Gorb’s Thoughts Scribbled on a Blank Wall was described on Radio 3’s In Tune as a Protest Cantata. This is a searingly moving piece, setting words by John McCarthy and Ben Kaye, based on the experiences endured by McCarthy as a prisoner in various Lebanese jails between 1986 – 1991. For nearly all of this period, he had virtually no contact with the outside world. Indeed, until the final year of his imprisonment, nobody knew whether he was alive or not.

“You never forget, the pressure of the gun barrel at your head;
an indelible impression on your temple – changing the contours of your mind forever.
Or the thud as the rifle’s butt slams into you;
the guard unseen, hiding his guilt and pleasure, behind the blindfold you have to wear.”
The opening words of Thoughts Scribbled on a Blank Wall by John McCarthy.