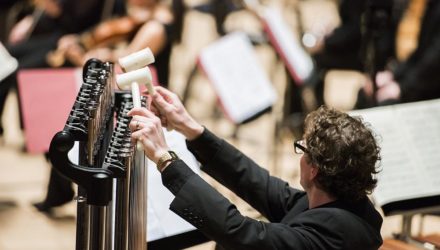 Music of Today: Xenakis and Reimann

Xeankis’s solo piano piece Evryali, composed in 1973, uses a mathematical technique the composer called ‘arborescences’ to generate a proliferation of melodic lines, punctuated by silence. It paves the way for a piano concerto by Aribert Reimann, composed the previous year. Born in 1936, Reimann is best known for his operas based on stories by Shakespeare, Kafka and other great writers. He was awarded the Ernst von Siemens Prize in 2011 ‘for his life’s work’.