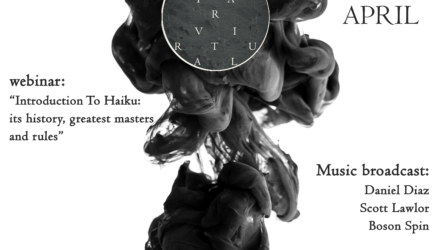 This is going to be our fourth fully digital event.

Performances will start at 8:00 PM (GMT) and can be streamed on our Youtube channel.

Daniel Diaz is an Argentinian multi-instrumentalist, arranger, and composer. He developed a 25+ year music career as a performing and session musician, arranger, producer and musical director in styles ranging from jazz and rock, to experimental electronic music, tango and other styles of Latin American music.

As a solo artist, from 1995 to the present he recorded 20 instrumental albums, 12 EP and many singles, released independently but also by prestigious labels in the US and Europe.

A jack of all trades, veteran musician Scott Lawlor, composes in different sub-genres such as dark ambient and light ambient, solo piano, cosmic drone and avant-garde, both as a solo artist and as a revered collaborating partner with many other well-established artists in the ambient community. Hence, Scott has built a solid reputation for himself as a cornerstone persona in the ambient community.

By creating original work, you will further the cause of humanity.