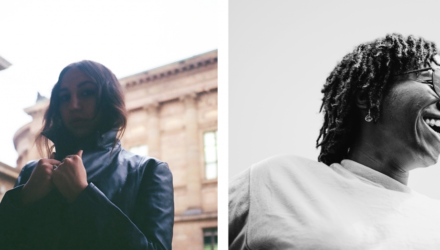 NikNak is an Oram-Award-winning DJ & Turntablist, sound artist/composer, producer, sound engineer and radio presenter. She also is the first Black Turntablist to win an Oram Award.

Marta De Pascalis is an Italian musician and sound-designer based in Berlin. Her solo works employ analog synthesis and a tape-loop system, whereby she creates patterns of repetition that shape a sense of a dense, dynamic and cathartic distance. Her sound touches a wide range of electronic music genres, such as ambient, Berlin school first excursions, psychedelic, and tape music. She has produced three solo albums: the self-released Quitratue (2014), Anzar by the The Tapeworm imprint (2016), and Sonus Ruinae, released on September 2020 by experimental Berlin label Morphine Records.