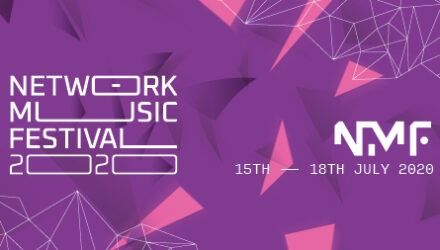 An algorave is an event where people dance to music generated from algorithms, often using live coding techniques. Algoraves can include a range of styles, including a complex form of minimal techno, and the the movement has been described as a meeting point of hacker philosophy, geek culture, and clubbing. At an algorave, the computer musician may not be the main point of focus for the audience and instead, attention maybe centered on a screen that displays live coding, that is the process of writing source code, so the audience can not just dance or listen to the music generated by the source code but also to see the process of programming.

The performers at this event are:

A concert of music engaging with network tools and international collaboration, followed by a Q&A session where you have the…

Simul Sunder is an interactive audiovisual performance creating material out of media hosted on the internet. Created as a response…

A concert of music engaging with network tools and international collaboration, followed by a Q&A session where you have the…

Pure Absence is a playable, abstract, generative and composed, audiovisual experience in realtime 3D. This mulit-user WebVR version is specially…

A performative learning experience exploring the different properties of sound and listening with light physical and creative exercises. Sounding Spaces…