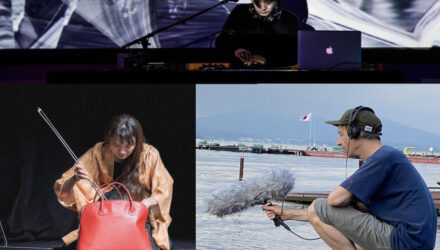 FULL LINEUP TO BE ANNOUNCED SOON!

A deep listening event coinciding with the release of Fieldwave, Vol. 2 on Nonclassical, the second in our compilation series bringing together artists with field recording at the heart of their work. The event will feature talks and playbacks from artists featured on the new release including Chihiro Ono and abirdwhale, presented live and interwoven with audio-visual elements.

“I created the Fieldwave compilation series in 2020 as a window to the world of field recordings and wider acoustic ecology, via the work of recordists, sound artists and musicians from around the world”, says Nonclassical A&R Nick Luscombe, who compiled the release. “For this, the second volume of Fieldwave, I decided to look to Japan as inspiration – surely one of the most sonically rich places on earth. The 13 tracks on this album are from Japanese musicians and also from British artists who have gathered recordings via trips to Japan.”