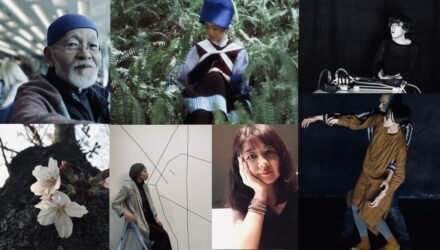 Please support the artists! If you can donate, please do it at the following link: https://buytickets.at/iklectik/512265

Episodes 2 and 3 of Numbers Matter 121 present three artists from Japan and two artists from mainland China. Japan, you’ll recall from Episode 1, a country with a population of over 124.2 million, is ranked at 121 in the Gender Inequality Index (GII) published by Human Development Reports 2020. Japanese women got the vote in 1946 – earlier than China (1949), Liechtenstein (1984) and Switzerland (1993). China is ranked at 106 – two steps above South Korea at 108. Also related to the gender issue, the Chinese government introduced its two children policy instead of one in 2016, Both Chinese musicians in this programme have two children.

Meanwhile, 2021 in the UK is Brexit year one, pandemic year two and also the year of the national census. Indeed the 2021 census form raises plenty of reasons to talk about identity, given the section focussing on national identity, ethnic group, language and religion: “Your national identity could be the country or countries where you feel you belong or think of as home. It is not dependent on your ethnic group or citizenship”.

After winning the Nobel prize in 2017, the Nagasaki born ethnically Japanese British writer Kazuo Ishiguro commented: “I’ve always said throughout my career that although I’ve grown up in this country and I’m educated in this country, that a large part of my way of looking at the world, my artistic approach, is Japanese, because I was brought up by Japanese parents, speaking in Japanese […] I have always looked at the world through my parents’ eyes”.