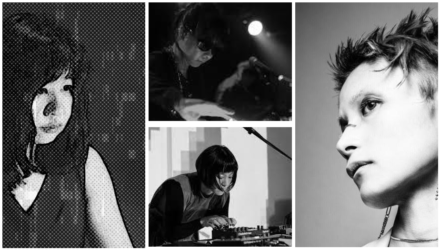 In the ranking chart of the Global Gender Gap 2020, the top ten reads as follows: 1: Iceland; 2: Norway; 3: Finland; 4: Sweden; 5: Nicaragua; 6: New Zealand; 7: Ireland; 8: Spain; 9: Rwanda; 10: Germany. The UK ranked 21, following Albania at number 20. Though Japan falls some 100 places behind the UK, the latter’s ranking at 21 is nothing to be proud of either. Clearly there is plenty of work to be done in both countries. Hence, NUMBERS MATTER 121 features four special projects led by Japanese women: Chiharu MK, Otaco, Yu Kawabata (in collaboration with German poemproducer AGF) and Mayuko Hino.

Footnote: In the Press Freedom Index published in 2020, Japan and the UK don’t fare much better than in the GII. Out of 180 countries listed, the UK is ranked at 33 and Japan at 66. The countries listed from one to ten are as follows: Norway, Finland, Denmark, the Netherlands, Jamaica, Costa Rica, Switzerland, New Zealand, Portugal and Germany.