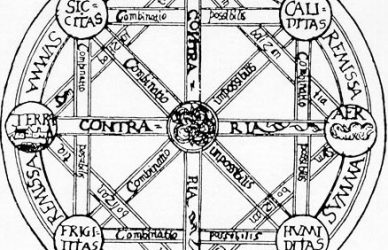 Open… and perhaps not yet fully formed (part I)

A rare London visit from Laura Steenberge (composer, performer and researcher based in LA) and Michael Winter (composer, musicologist and founder of LA’s seminal experimental music venue the wulf.). Steenberge will be performing selections from her recent work entitled The Chant Etudes, which are studies of the deep past when the idea of a musical instrument was not yet fully formed. Then the ensemble will be realising works by Winter, alongside other music that embraces simple processes and open forms.

Laura Steenberge – The Chant EtudesMichael Winter – for Sol LeWittJohn Lely – All About the PianoJürg Frey – Circular Music No. 6

Laura Steenberge is a composer, performer and researcher based in Los Angeles who has received degrees in music and linguistics from the University of Southern California, California Institute of the Arts and Stanford University. Her research is about overlaps between language and music and between science and mythology.

My work often explores simple processes where dynamic systems, situations, and settings are defined through minimal graphic- and text-based scores that can be realised in a variety of ways. To me, everything we experience is computable. Given this digital philosophy, I acknowledge even my most open works as algorithmic; and, while not always apparent on the surface of any given piece, the considerations of computability and epistemology are integral to my practice. I often reconcile epistemological limits with artistic practicality by considering and addressing the limits of computation from a musical and experiential vantage point and by collaborating with other artists, mathematicians, and scientists in order to integrate objects, ideas, and texts from various domains as structural elements in my pieces.

I have performed across the Americas and Europe at venues ranging in size from small basements to large museums to outdoor public spaces. In 2008, I co-founded the wulf., a Los Angeles-based organisation dedicated to experimental performance and art. As a laboratory and hub for exploring new ideas, the wulf. has become an experiment in alternative communities and economies. Similarly, my work subverts discriminatory conventions and hierarchies by exploring alternative forms of presentation and interaction.

Mira Benjamin is a Canadian violinist, researcher and new-music instigator.

She performs new and experimental music, with a special interest in microtonality & tuning practice. She actively commissions music from composers at all stages of their careers, and develops each new work through multiple performances. Current collaborations include new works by Anna Höstman, Scott McLaughlin, Amber Priestley, Taylor Brook and James Weeks.

Since 2011, Mira has co-directed NU:NORD – a project-based music and performance network which instigates artistic exchanges and encourages community building between music creators from Canada, Norway & the UK. To date NU:NORD has engaged 79 artists and commissioned 62 new works. Through this initiative, Mira hopes to offer a foundation from which Canadian artists can reach out to artistic communities overseas, and provide a conduit through which UK & Norwegian artists can access Canada’s rich art culture.

Originally from Vancouver, British Columbia, Mira lived for ten years in Montréal, where she was a member of Quatuor Bozzini. Since 2014 she has resided in London (UK), where she regularly performs with ensembles such as Apartment House, Decibel, and the London Contemporary Orchestra Soloists, and is currently the Duncan Druce Scholar in Music Performance at the University of Huddersfield.

Mira is the recipient of the 2016 Virginia Parker Prize from the Canada Council for the Arts. The prize is awarded annually to a Canadian musician in recognition of their contribution to the artistic life in Canada and internationally.

Angharad Davies is a violinist, one at ease in both improvising and composition, with a wide discography as part of varied range of ensembles and groups. She’s a specialist in the art of ‘preparing’ her violin, adding objects or materials to it to extend its sound making properties. Her sensitivity to the sonic possibilities of musical situations and attentiveness to their shape and direction make her one of contemporary music’s most fascinating figures. 2015 has seen her being commissioned for a new work at the Counterflows Festival, Glasgow and premiering Eliane Radigue’s new solo for violin, Occam XXI at the El Nicho Festival, Mexico.

John Lely writes music and words, plays objects and electronics, and curates concerts. His work has been influenced by associations with Antoine Beuger, Alvin Lucier, Christian Wolff, Michael Parsons, Tom Johnson, Manfred Werder, Taylan Susam and Laurence Crane, among many others. Formative and ongoing collaborations include work with the musicians of Apartment House, the Bozzini Quartet and the Edges ensemble. He is co-author, with James Saunders, of Word Events: Perspectives on Verbal Notation (Continuum 2012), a book about text scores. Together with composers Tim Parkinson and Markus Trunk he curates Music We’d Like to Hear, a concert series described by TEMPO as ‘an oasis of thoughtful and idealistic music-making’.

Tim Parkinson, lives in London, writes music, puts on concerts, plays ‘any sound producing means’ with James Saunders as ‘Parkinson Saunders’ since 2003, plays with groups from Set Ensemble to Manorexia, his music performed from Viitasaari to Christchurch, from LA to Tokyo, championed by especially Apartment House and Incidental Music and the excellent associated soloists therein, now has 2 CDs out on Edition Wandelweiser, featured in The Ashgate Research Companion to Experimental Music.

Born 7th July 1973, at school 11 years, at university for 3, studied briefly with Kevin Volans in his house in Dublin, went to Ostrava 2001 met Christian Wolff and Alvin Lucier, aside of which never sought any further education except life and self.