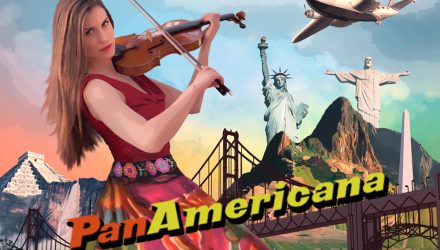 ‘PanAmericana’: Musical Border-Crossings Through the Americas

There was a time when Americans, North and South, celebrated their shared history and collaborated towards common interests. In 1941, Aaron Copland travelled to Latin America on a diplomatic mission as part of the Panamericanist initiatives of Roosevelt’s Good Neighbor policy, which aimed to cement hemispheric solidarity in the face of rising European fascism. This new zeitgeist was embraced by composers throughout the continent and helped forge a renewed sense of identity and a golden age of ‘American’ music.

The ‘PanAmericana’ project offers the perfect antidote to 21st-century politics: tracing hemispherical connections from New York to Buenos Aires, it showcases a cornucopia of classical voices exploring common musical languages which collectively bear testament to music’s power to transcend political borders and foster cultural understanding. This kaleidoscopic programme encompasses an eclectic range of influences, from jazz, lied, tango, opera and musical theatre to folk and film music, allowing audiences to enjoy some of their all-time favourite North American music by iconic composers such as Copland, Bernstein and Gershwin alongside lesser-known gems from South of the Border by Piazzolla, Villa-Lobos, Ginastera and Lecuona.

A benefit concert for Latin American Women’s Aid (LAWA), this event is part of Echoes Festival 2017, organised by the Iberian & Latin American Music Society (ILAMS) and the Instituto Cervantes in collaboration with Music Beyond Frontiers with the kind support of Amigo Month