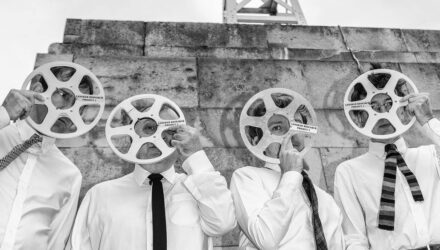 This virtual workshop – hosted via Zoom – focuses on ‘Play‘, a text score by the American experimental composer Christian Wolff, part of the ‘Prose Pieces’ collection composed in 1968.

Wolff was associated with the so-called New York School of composers, centred around John Cage in the 1950s. They were described as composers who were “getting rid of the glue”: they weren’t interested in conventional musical continuity, composing instead in a way that created musical situations where “sounds would be themselves” rather than having a structural relationship to other sounds.

Hosted by Langham Research Centre’s Iain Chambers and Robert Worby, the first workshop will focus on analysis of the score with detailed discussion about how it might be realised, and Wolff’s composition techniques. The score gives instructions about what performers should do as individuals – what actions they should make during the performance – rather than what we hear as a result of those actions. Seemingly straightforward in the text’s simplicity, the piece requires developed listening skills to produce a convincing performance.

This workshop is suitable for beginners, and those without conventional musical experience. You’ll need a computer and headphones or speakers along with sound producing devices that could include conventional instruments, your voice, electronic devices, objects, etc.

If you have any questions regarding suitability for this workshop or if the price is a barrier to your ability to attend, please get in touch with sophie@nonclassical.co.uk