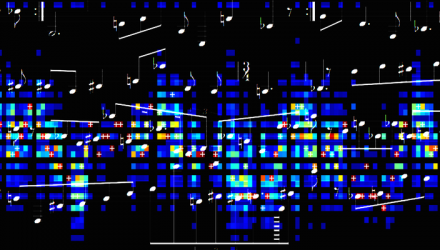 This unique concert will feature works created with computers as creative partners drawing on a uniquely human tradition: instrumental folk music.
Our concert is centred around a computer program we have trained with over 23,000 “Celtic” tunes. We will showcase works involving composers and musicians co-creating music with our program, drawing upon the features it has learned from this tradition, and combining it with human imagination.
A trio of traditional Irish musicians led by Daren Banarsë will play three sets of computer-generated “Celtic” tunes. Ensemble x.y will perform a work by Oded Ben-Tal, which is a 21st century homage to folk-song arrangements from composers such as Brahms, Britten and Berio. They will also perform a work by Bob L. Sturm created from material the computer program has self-titled “Chicken.” You will hear pieces performed on the fine organ of St Dunstan generated by two computer programs co-creating music together: our system generates a melody and another system harmonises it in the style of Bach chorale. Another work by Nick Collins at Durham blends computer models of three different musicians and composers: Iannis Xenakis, Ed Sheeran, and Adele.
The concert will be followed by a wine reception