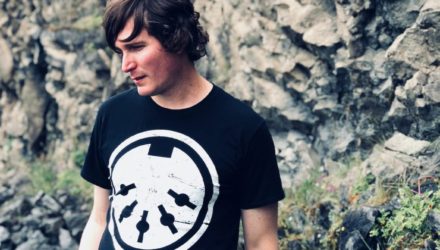 Rafael Anton Irisarri and Oliver Coates begin a new dystopian noise collaboration for Nature Unwrapped, exploring a world endgame scenario caused by accelerated environmental change. They first met as mastering engineer and recording artist, then heard each other play live in northern Spain where both enjoyed the bleached drone-metal textures at the peaks of their respective shows.

Irisarri is one of today’s foremost ambient composers, creating oceanic symphonies with tape loops, bowed electric guitar and vast washes of overdriven sound. Coates, a cellist, electronic producer and composer from London has most recently been performing dark gothic melodies for cello and synths for David Lynch at Manchester International Festival.

Irisarri’s most recent album, Solastalgia on Room40 Records, is a musical evocation of mental distress caused by environmental change.

Together this new improvised music between two live artists will be a tonal and Romantic-hued collaboration exploring a world endgame scenario in long-form duration and without upper dynamic limits.