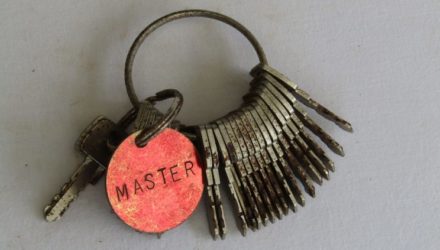 Raymond Watson is helping unlock the past with his latest project, a ‘soundscape’ rhythmically created from rattling keys and banging metal – the humdrum sounds of daily life while a prisoner in Crumlin Road Prison in the 1970s… (From the interview with Gail Bell, Sounds of the past unlocked by Belfast artist and former prisoner Raymond Watson, The Irish News).

Raymond Watson said, ‘The sound recorded on this LP was created with items from The Crumlin Road Prison Belfast. ‘The Crum’ as it is known, was a Belfast prison where prisoners involved in the Irish British political conflict were held on remand. From the closed confines of a small prison cell, external sounds – keys, grills, locks, footsteps, voices, silence and noises often provided a visual picture of what was happening beyond the locked door – the origin of this ‘sound sculpture’ – hopefully the vision that you will have as a listener will be generated by you, your own confined space and your interaction with this sonic experience.