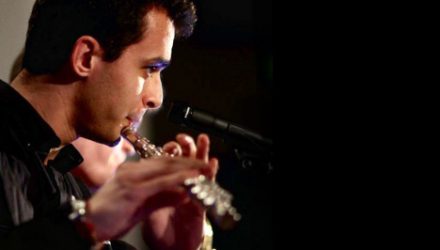 The Royal College of Music’s flagship contemporary group presents three works by Pierre Boulez: his ‘Initiale’, ‘Domaines’ and ‘Mémoriale’, originally written as a memorial for Igor Stravinsky. Following several different versions, he arrived at a piece for solo flute and chamber orchestra which will be performed here by RCM flautist Jaymee Coonjobeeharry.