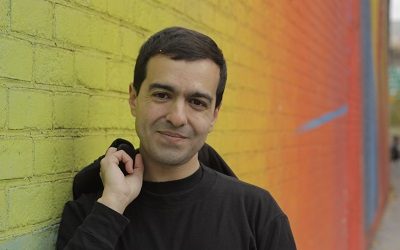 Borough New Music is delighted to welcome the acclaimed pianist José Menor to open Series 2 with spectacularly diverse works by Nunn, Hayden, Ligeti and Peire Serrate, including three premieres. Menor, branded ‘a beguiling mix of finesse and fire’ by The Daily Telegraph, offers a fitting start for a Series where the piano is the featured instrument. Patrick Nunn’s eclectic miniatures are entitled ‘Cryptograms’, and explore personalities that have in some way influenced Nunn’s creative output, including idols such as Ligeti. Menor also features some Ligeti in this recital. Two further pieces were written specially for Menor: Sam Hayden’s complex ‘Becomings’, a substantial five-movement work performed for the first time in its entirety in this concert; and the world premiere of a sparkling ‘Toccata’ by a fellow Catalan, Tomas Peire Serrate. Full details:
– Patrick Nunn (b. 1969) – Cryptograms I-VIII (2011-15) (PERFORMANCE PREMIERE)
– Sam Hayden (b. 1968) – Becomings (Complete) (2017) (WORLD PREMIERE)
– György Ligeti (1923-2006) – Piano Etude Book 2 No 9 Vertige (1994)
– Tomas Peire Serrate (b. 1979) – Toccata (2017) (WORLD PREMIERE)

Free admission. Light refreshments are served after the concert.