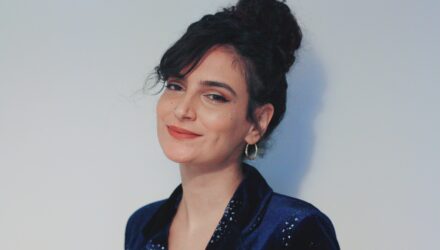 Songs that flow between catchy pop hits, smouldering balladry and experimental textures, are led by Ruba’s silken voice as she sings captivating stories of vulnerability, femininity and our connection to the world and to ourselves.

Her most recent album Risha, released April 2021, weaves in themes of flight, femininity and freedom in a prayer-like tapestry of electronic soundscapes and ethereal instrumentations. You can listen to the single Sununu and watch the accompanying video by clicking on the Youtube frame on this page.

Born in Palestine and based in London, Ruba studied jazz performance at Newpark Music Centre in Ireland and was an active part of the Irish jazz scene.

She wrote music for the film “When I Saw You”, and released songs that were part of top indie charts in the Middle East and North Africa, generating much acclaim. She performed in international festivals in Ireland, the UK, and the Middle East. In 2016 Ruba gave a TED talk about “Being Creative in a Society that Worships the Past”, hosted by the London Business School.