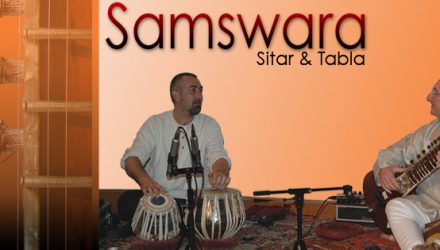 Samswara are known for their on stage rapport & spontaneous and playful musical dialogues through which they journey from slow, meditative melodies through to fast and highly detailed exciting rhythmical interplay.