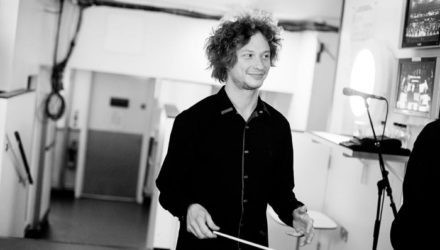 Combining memorable tunes with a lively irreverence, Stravinsky’s Violin Concerto whirls across the orchestra with infectious patterns, while Petrushka tells the fantastical tale of three puppets brought to life at a Shrovetide fair. Inspired by Russian legend, Stravinsky fused traditional folk songs with his own vivid musical storytelling – hear how the bustling dances of the festival suddenly vanish as the magician arrives with menacing bassoons, and how two clarinets paint the otherworldly twilight of a scene in Petrushka’s room.

John Adams described The Chairman Dances as an ‘outtake’ from his opera Nixon in China. The music combines lush Hollywood harmonies with a vision of Chairman Mao and Madame Mao dancing a foxtrot together.

Don’t miss our free post-concert performance where violinist Pekka Kuusisto and Jay Gilligan, leader of the Juggling and Music course at Stockholm’s University of the Arts, create a performance where music takes shape in gravity-defying movement and juggling seems to become sound.