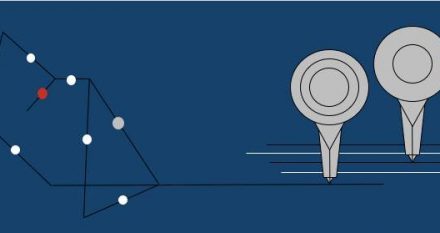 Scott Miller is a composer of electroacoustic, orchestral, chamber, choral and multimedia works described as ‘high adventure avant garde music of the best sort’ (Classical-Modern Music Review) and ‘inspir[ing] real hope & optimism for the future of electroacoustic music.’ (5against4.com).Known for his interactive electroacoustic chamber music and ecosystemic performance pieces, Miller has twice been named a McKnight Composer Fellow, he is a Fulbright Scholar, and his work has been recognized by numerous international arts organizations. Recordings are available on New Focus Recordings, Panoramic, Innova, Eroica, CRS, rarescale and SEAMUS, and his music is published by ACA (American Composers Alliance), Tetractys, and Jeanné.Miller is a Professor of Music at St. Cloud State University, Minnesota, where he teaches composition, electroacoustic music and theory. He is currently President of the Society for Electro-Acoustic Music in the U.S. (SEAMUS). He holds degrees from The University of Minnesota, The University of North Carolina – Chapel Hill and the State University of New York at Oneonta, and has studied composition at the Czech-American Summer Music Institute and the Centre de Creation Musicale Iannis Xenakis.http://www.scottlmiller.net/Carla Rees is a UK-based low flutes player and arranger. She is the artistic director of rarescale, an ensemble which exists to promote the alto flute and its repertoire, and Director of low flutes publishing company, Tetractys. She plays Kingma System flutes and works frequently in collaboration with composers to develop new repertoire and techniques.www.carlarees.co.ukJulián Elvira is the creator of the Pronomos flute, and his name has become a reference for experimental and avant-garde flute music in Spain and throughout Europe. He has premiered a long list of important Spanish and other European composers, many of whom have dedicated their works to him. He has recorded for the Spanish Television (TVE), the Spanish National Broadcasting (RNE), Piccolo, Sello Autor, Verso, Plataforma LTW, Phonos and World Edition. His recordings as soloist include four CDs of music for solo flute as well as flute accompanied by electronics.https://pronomosflute.com/Katsuya Nonaka is a professional shakuhachi player, farmer, translator, cartoonist, illustrator and film director. Being a man of many professions, he describes himself as a Hyakusho. Literally translating as a man who has more than one hundred jobs, Hyakusho is the Japanese word for peasant. Nonaka studied shakuhachi with the world renowned master Atsuya Okuda. Nonaka is a member of The Seppuku Pistols, who play Edo era punk on Japanese traditional instruments. He is also a skateboarding enthusiast.katsuyanonaka.comfutureisprimitive.comseppukupistols.soregashi.com