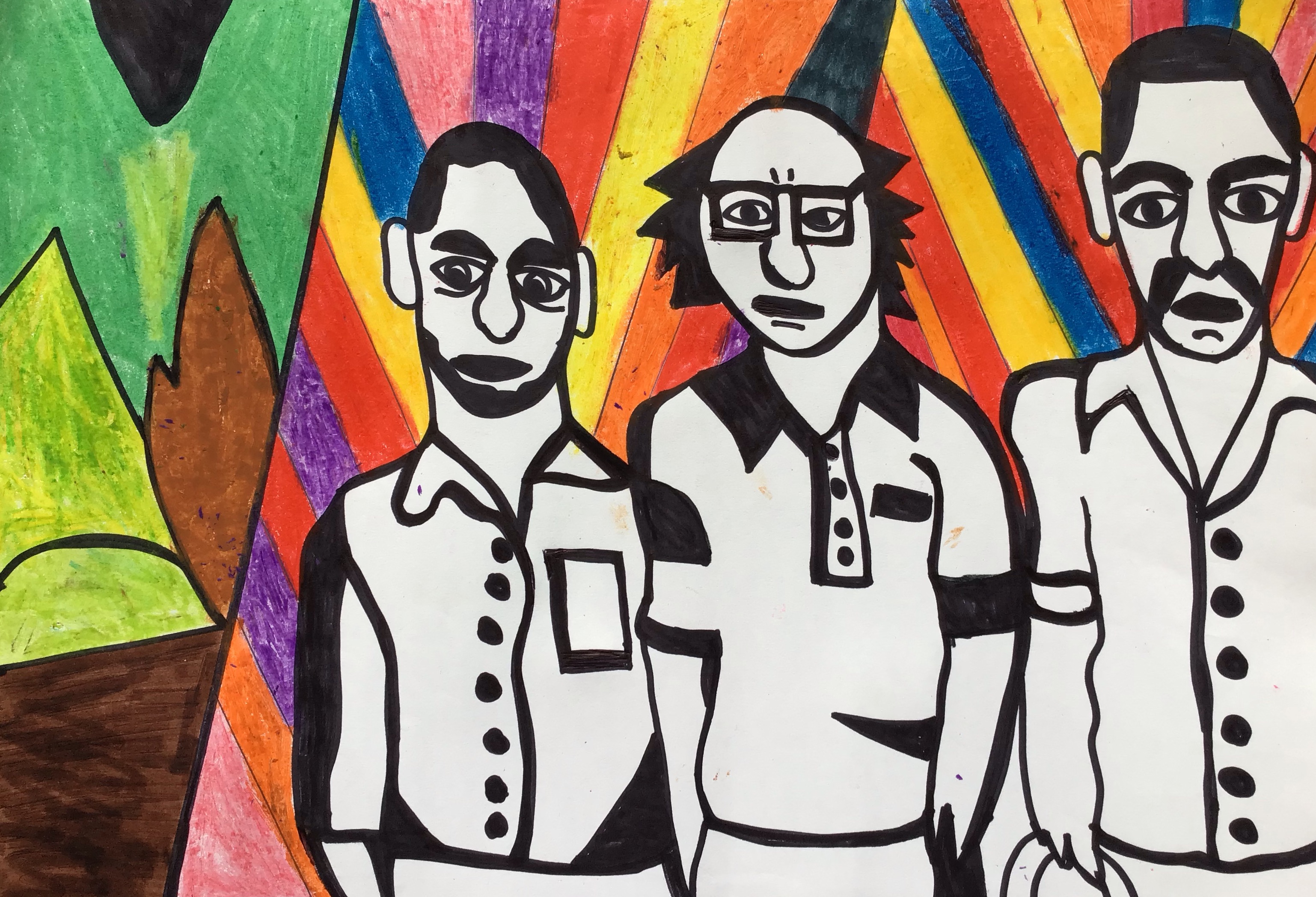 Secluded Bronte are a three-piece musique-concrete spoken word trio that veer between the elliptical and the warmly comical, the slapstick and the metaphysical, the obscene and the sublime, via junkshop aesthetics and hallucinatory collages. Literary mischief and improvised shenanigans abound, punctuated by aural assaults via toys, objects, electronics, the odd conventional instrument, and recorded sources. The Bohman Brothers have long collaborated with many artists on the international experimental scene, including filmmaker Peter Strickland, appearing in his 2012 film The Berberian Sound Studio. Richard Thomas is a composer, writer, and broadcaster, who writes for The Wire, Art Monthly and others. He has recorded for several labels including Sub Rosa, where he worked with Stereolab, Squarepusher and others. Writing in The Wire Rob Young called Thomas “the Welsh Sun Ra”.

Rita Braga is a songwriter, ukelele player, and multi-instrumentalist from Portugal. Her eclectic material encompasses her own songs and covers – ranging from Serbian, Swedish or Portuguese folk, novelty songs, 1920s jazz and samba, to Bollywood songs. From time to time, she receives insight from cartoon personalities in her dreams (such as Bugs Bunny) on how to conduct her career.

“Whatever the source and whatever the language, the songs are all equally engaging and intriguing, with the standouts probably the aforementioned Tremble Like A Ghost and You Used To Be Stevie Wonder, Electroplasma (a slice of 1030s electronica if you can imagine such a concept…) and the hilarious Sardine…”

Pete Um is a Cambridge-based tape-artist who exists where the mundane and the surreal meet. Working with an MD player and mic he creates Dadaist vignettes that explore state-of-the-nation themes alongside songs about Ed Sheeran, and being “Fucked in the Head”. On stage U