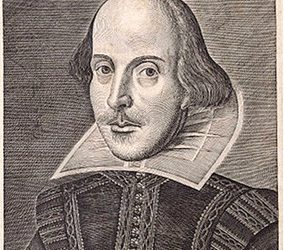 Soprano Jo Slater – accompanied by Lord Gawain Douglas on the piano – sings a dozen of Shakespeare’s songs. They songs will be introduced – and given a context – by the poet and novelist, Jonty Driver.
Shakespeare’s plays include some fifty songs, some incidental, some integral to the plots. We assume many of the lyrics he wrote himself, though he may also have used or adapted local folk-songs. Some of the tunes of the time may have been made by the musicians in the companies for which Shakespeare wrote his plays; others may have been the equivalent of pop-songs doings the urban rounds of Elizabethan England. They are wonderful songs and words; mysterious, hilarious, magical, thoughtful, thought-provoking, funny, witty and wise.
The songs have attracted a variety of composers over the years, including: Lawes and Quilter, Finzi and Vaughan Williams, Thomas Arne and Schubert.