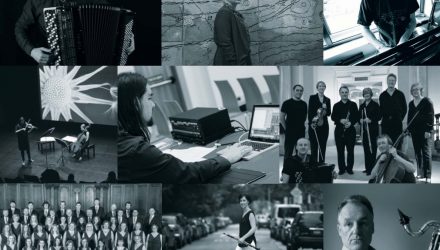 This showcase performance, presented by the The Contemporary Music Centre, Ireland will feature the works of, and short interviews with, composers featured on CMC’s new promotional double CD new music::new Ireland three. The showcase will include performances of works by Ed Bennett, Elis Czerniak, David Fennessy (premiere), Kerry Hagan, Garth Knox, Ruaidhri Mannion, Ailís Ní Riain, Kevin O’Connell and Matthew Whiteside. Copies of the new CD (which will be launched at the Embassy of Ireland, London on 6th February, followed by an Irish launch later in the year) will be available free of charge to those attending this event. Tickets can be purchased from Café OTO’s website for £7 in advance, £9 at the door and £6 for Café OTO members.

Supported by Culture Ireland as part of GB18: Promoting Irish Arts in Britain.