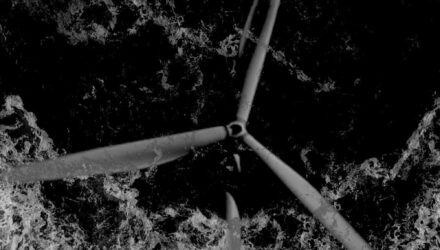 The piece will remain available on [LIMINAL SPACE] for further viewing until 30th November.

Anne La Berge and Phil Maguire’s musical partnership has included ongoing musical and video collaborations including concerts and releases in both the Netherlands and the United Kingdom.

Their work has been described as experimental within the electro-acoustic musical style. They play at volume levels much softer than mainstream electronic music and the acoustic instrument in their duo is an electronically processed flute. They enjoy playing for relatively small audiences where the intimacy of detailed sonic textures and slow-moving soundscapes is shared by everyone in the room.

They have performed at Hundred Years Gallery in London, POM in Eindhoven and are considered a house band in Splendor Amsterdam. In 2020, Maguire & La Berge presented a new online multimedia work, Site V. Building on their signature approach to detailed drones that colour the perception of time and place, Site V offers a fresh glance on the dialogues between humans, machines and energy.

Maguire & La Berge’s works are named after cities. For Site V they were inspired to find a place in the English Channel where their home cities of London and Amsterdam meet. During their research, they discovered the Dutch wind turbine farm Borssele Wind Farm Site V innovation site.