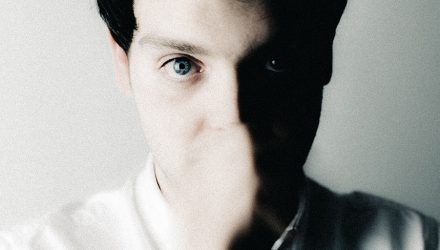 Sivu with The Mangan Quartet

‘Heaven knows I’m fearful of my mind,’ sings James Page on ‘Lonesome’, a string-swept highlight from his second album as Sivu.

Sweet Sweet Silent, released in 2017, is a record all about addressing one’s insecurities head on. Whether it’s self-doubt, a lack of confidence or inner gremlins that kick you when you’re down, acknowledging unease is the first step towards conquering it. With that, this is a record of extraordinary beauty, sporting an honesty that can only emerge from staring deep into the darkness and coming out the other side.

It was inspired by James’ diagnosis with Meniere’s syndrome, a condition that saw his hearing increasingly deteriorate in the past two years.

Produced by Charlie Andrew (the Brit-Award-winner behind the likes of Alt-J and Marika Hackman) and written and recorded over two years between Cambridge, Brixton and very northern Scotland, Sweet Sweet Silent is loud and clear on the considerable talents of Sivu.

For this special performance ahead of the launch of his new EP The Unfruitful Love (to be released on 16 February), Sivu will be accompanied by an incredible string quartet playing arrangements of the songs specially put together for this show. The Mangan Quartet was founded by esteemed arranger Kirsty Mangan who, as well as composing the string parts on the Sivu records, has worked with the likes of Alt-J, London Grammar, Ellie Goulding and many more.