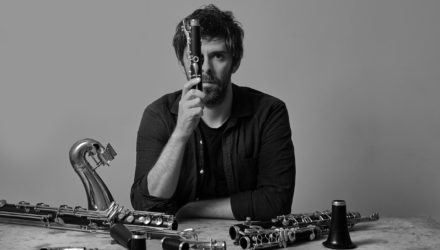 This November, SOLO heads back to the historic surroundings of Handel & Hendrix in London for an intimate gig with acclaimed clarinettist Jack McNeill.

Jack’s a highly-versatile musician working across classical, jazz, folk and improvisation. He’s equally at home premièring classical commissions from the likes of Michael Finnissy and Ed Bennett, working with theatre companies such as the RSC and Gecko, and writing for and playing with his own ensemble, Propellor.

For SOLO, he’ll be performing a wide-ranging set including music by David Lang, Karin Rehnqvist and Karlheinz Stockhausen, a new work that he’s writing specially for SOLO, and the world première of a new piece by Alex Groves.