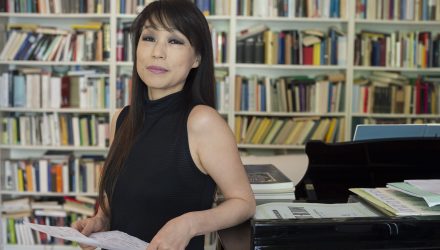 The Song of the Children of the Stars: Unsuk Chin with the Philharmonia

Mystical, echoing, otherworldly, Unsuk Chin’s The Song of the Children of the Stars sets 13 poems spanning centuries and continents, contemplating our place in the universe.

In the first half, experience an extraordinary 17th-century evocation of a battle, and enjoy Beethoven’s Second Symphony. Composed as he was coming to terms with deafness, Beethoven’s music crackles with defiantly positive energy.