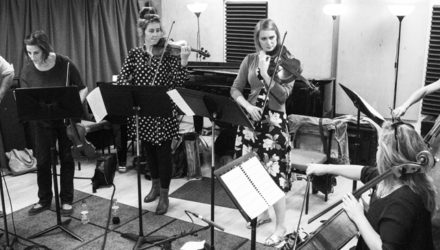 Sound Affairs presents Radio Amore, a live musical mixtape of works by Italian and British composers with pieces ranging from baroque to the present day. An evening immersed in the combining of cultures, incredible music, and beautiful performances, Radio Amore is part of Sound Affairs’ 30th anniversary celebrations.

This continuous performance features a programme of music from Italy and Britain, including new work from composer Charlie Barber alongside music by Vivaldi, Pergolesi, Purcell, Handel, Steve Martland and Michael Nyman. Inspired by the pieces and their origins, Radio Amore is curated with an appreciative nod towards late-night music radio.

As well as the pieces being performed, Radio Amore also brings together musicians from Italy and Britain, and features performances from Italian oboist Michele Batani alongside British musicians, the Mavron String Quartet and bassist Ashley-John Long.