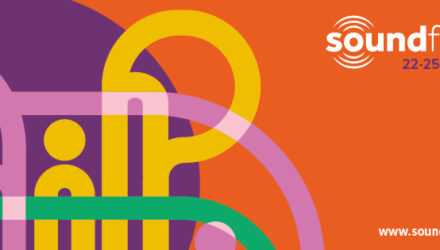 There will be a focus on The French Horn as part of sound’s ‘endangered’ instruments series with performances from members of the Guild of Hornplayers including Pip Eastop and Ben Goldscheider.

Throughout the weekend there will be conversations and interactive Q&A’s with composers and musicians including Master of the Queen’s Music Judith Weir, Irish composer Sam Perkin, and Professor Pete Stollery gives a live talk about his Covid-19 sound map.