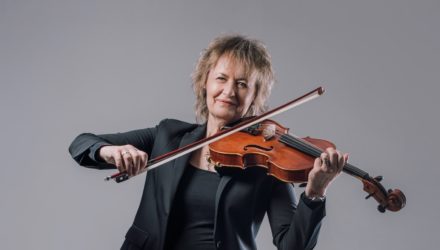 sound festival celebrates the viola as part of a five-year focus on endangered instruments in a series of performances, workshops and installations.

Violist and composer, Garth Knox, will be in residence throughout the festival giving a number of performances including the UK Premiere of Oscar Strasnoy’s D’amore for viola d’amore and ensemble. This concert featuring Scotland’s foremost new music ensemble, Red Note, will also include the Scottish Premiere of James Dillon’s RPS Award-winning work Tanz/haus: triptych 2017.

Other viola highlights include: a concert which brings together six incredible UK and French violists and features Sally Beamish performing in her own new work for six violas, commissioned by sound to be performed alongside Garth Knox’s work Ockeghem Fantasy for viola d’amore and five violas; and a new installation by violist Nic Pendlebury.

There are a number of masterclasses and workshops during the festival including a viola day with Garth Knox (28 Oct) and an annual composers’ day featuring talks by Sally Beamish, John De Simone and Garth Knox.