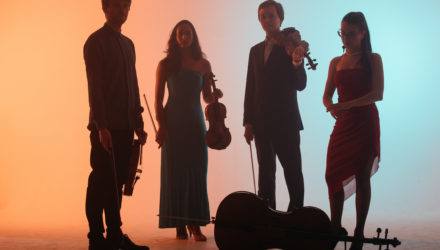 To kick off their 10th anniversary year, Ligeti Quartet take a snapshot tour of music by some of the most exciting and genre-defying composers working today in the UK and around the world.

The Ligeti Quartet have been at the forefront of modern and contemporary music since their formation in 2010. They have established a reputation as one of the UK’s leading ensembles, breaking new ground through innovative programming and championing of today’s most exciting composers and artists.