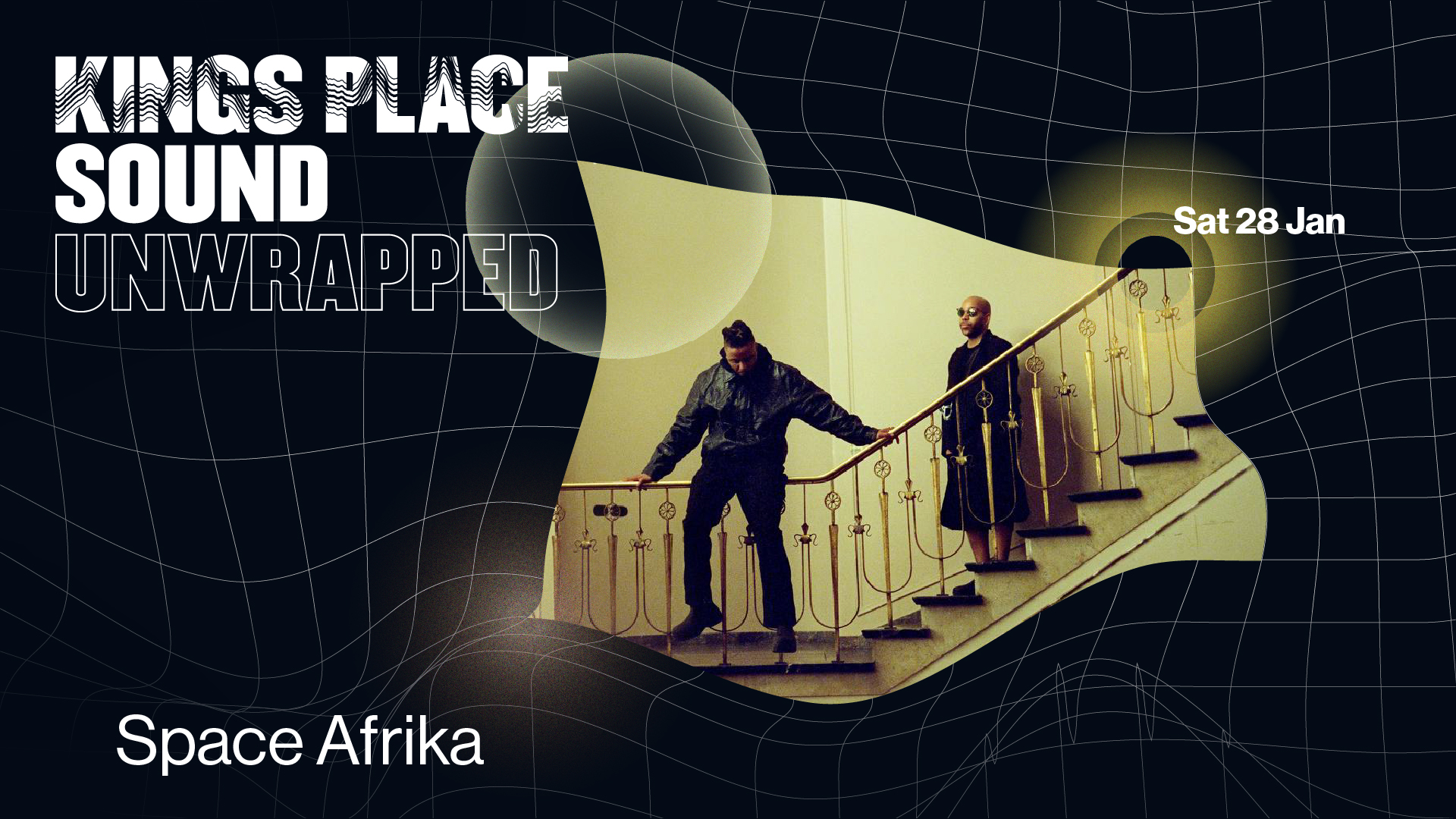 In an exclusive for Sound Unwrapped, Artists in Residence Space Afrika will be fully-realising their groundbreaking album Honest Labour, with an orchestrally-arranged performance featuring a live ensemble and guests from the record.

Josh Tarelle and Joshua Inyang grew up together in Manchester, and now channel their cultural and personal experiences into ornate sonic patchworks of shoegaze, trip-hop, ambient, chamber music and rap. The duo’s music captures the British hauntological post-industrial collapse, exploring minimalist hardcore continuum reductions on 2018’s Somewhere Decent To Live and the spectrum of Black emotionality on their breakthrough self-released mixtape hybtwibt?.

2021’s Honest Labour is undoubtedly Space Afrika’s most defining statement to date. The duo’s first full-length since 2020’s landmark hybtwibt?, expands the project’s palette with classical strings, shimmering guitar, and visionary vocal cameos, leaning further into their enigmatic fusion of ambient unrest and cosmic downtempo. It’s a sound both fogged and fragmented, at the axis of songcraft and sound design, born from and for the yearning solitudes of life under lockdown. With guest appearances from Blackhaine, Bianca Scout, Guest, LA Timpa and others, the duo unwittingly crafted an unparalleled soundtrack to a turbulent year, one that’s been stuck in the global consciousness ever since.

Following its release, Honest Labour received international acclaim from outlets such as Pitchfork, The Guardian and Libération. The duo went on to be nominated twice by DJ Mag for Best Live Act and Best Album as well as winning Resident Advisor’s Album of the Year 2021.