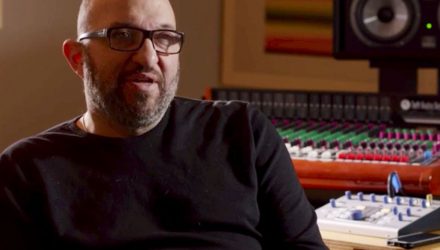 This is a chance to gain an insight in to how film music is composed, as Guildhall School electronic musicians take part in a masterclass with Grammy-nominated composer, Guildhall alumnus and Guildhall Electronic Music Professor Stephen Endelman.

During his career, Stephen has composed music for films such as A Bronx Tale, Flirting with Disaster, The Englishman Who Went Up A Hill but Came Down a Mountain, and many more, in varying styles from classical compositions, to contemporary soundtracks.

As part of the masterclass, Stephen also shares examples of his own work mixed with that of the students’.